I had all these grand plans of what I was going to accomplish and get done.  Ha! Now I must do something else. 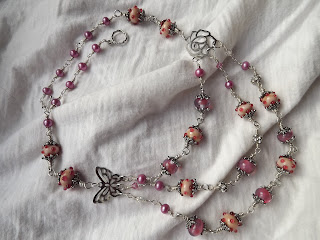 Several years ago the hall bathroom shower began to leak.  Naturally, we had no money to fix it, so we all simply started using the shower in the master bath.  Recently we have been busily paying off debt and actually developing a savings account. (Yes, this is relevant...) 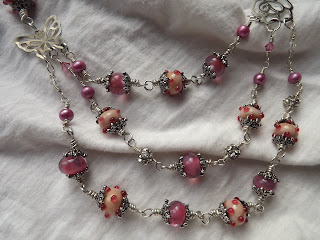 The master bath shower has always also leaked--somewhere.  It never leaked a lot and I could never actually discover where it was leaking, no matter how many times I pried off the plumbing access panel and had a look.  We knew we were going to have to repair this shower as well.  However, the entire bathroom is a 1970's relic (nightmare) and we really want to gut the bathroom and the walk-in closet and combine the space to make a more useable bathroom.  We were hoping that we would have enough money actually set aside to devote to remodeling before we had to start.

For some reason the master bath shower has decided to increase its leakage.  I still have no idea what is actually leaking.  But I can no longer deny that the leaking has become very serious.  We now have water damage to the floor in the bedroom!  And the bathroom floor has become rather warped.  And I'm sure that it isn't really desireable to have mushrooms growing around the bathtub.  Next, I imagine that the entire bathtub will simply crash through the floor.  Oh, and did I mention that we certainly do not have enough money saved to do any bathroom remodeling at this time?

However, demolition doesn't cost anything whatsoever.  So we have started to tear apart the first leaky shower.  The shower doors are now resting in state on the bed in my studio.  The fiberboard that someone actually thought would be waterproof is now in the process of being removed.  The good news is that the underlying sheetrock is not as water-damaged as we first thought. We do have a time-line for getting the first shower repaired.  First, we have to get it done before the one we're using DOES fall through the floor.  Secondly, and perhaps most importantly we have about three weeks before the early spring season hits and Kent is much too busy to do any home repairs.
Posted by Celeste Kemmerer at 3:04 PM