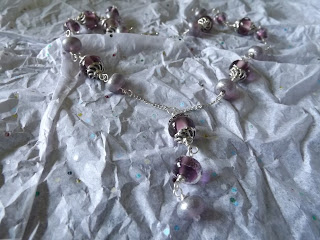 It turned out that the crying dog of the other day, was not responsible for the disastrous state of my floors.  It was my wonderful Lucy who had been sick.  The crying dog was afraid that she was going to be in trouble.  And this after living with us over ten years and never once being beaten (she's a rescue).

Lucy is now fully recovered and back to bouncing around which is rather alarming given her size!

But yesterday our beloved Buttons kitty died en route to the vet.  I think she must have somehow contracted leukemia, in spite of being spayed.  She was just a few months past a year old.

Today, I was happily working out to my new Zumba Fitness (for Wii), being somewhat tired of my Wii Fit Plus--to say nothing of the fact that the disc is wearing out and no longer wants to play.  When I was finished and ready to hit the shower one of the golden retrievers proceeded to have a seizure!  She had spent most of my workout in the living room with me watching from the couch.  Obviously, the rythm, lights, and sound was too much for her.  So now I will have to make sure that the dogs are elsewhere when I exercise, or that I have the lights on in the house to minimize the contrast between the game and the ambient lighting.

The picture is of a necklace that was part of a recent order that was sent to Canada.  I especially love the sparkly, iridescent beads.

Posted by Celeste Kemmerer at 2:24 PM